Are you an Amazon customer? Pay now with address and payment details stored in your Amazon account.
> Professional and Antique Instruments>VIOLA MARÇAL SERRADESANFERM 2017 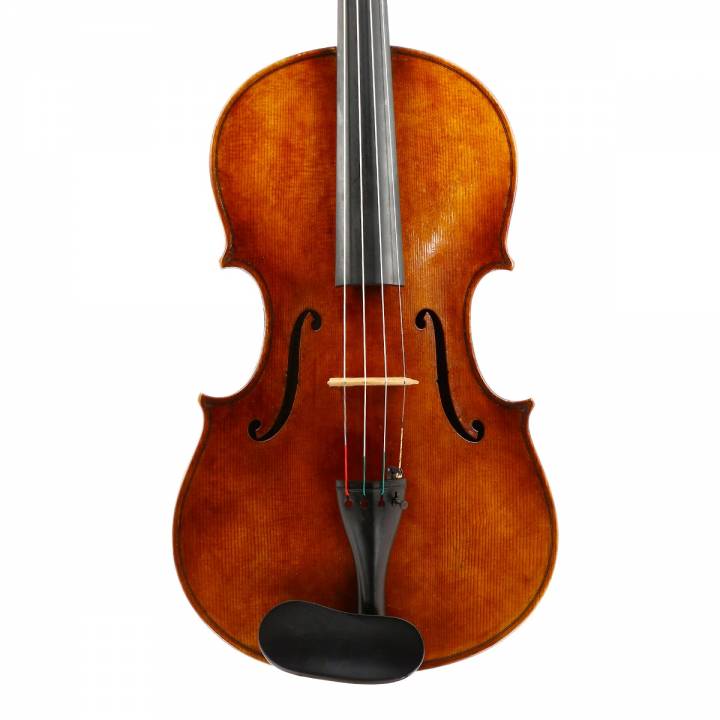 Viola built by the violin-maker Marçal Serradesanferm in 2017. Particular timbre and a noble sound, this is a perfect viola for both orchestra and chamber music.

429
Nobody has posted a review yet
Rate it

Picked up at store

Ask a question about this product

Viola built by the violin-maker Marçal Serradesanferm in 2017. It is inspired by Gasparo da Saló's work. It has a particular timbre and a noble sound, features that make this one a perfect viola for both orchestra and chamber music.

Marçal Serradesanferm was born in 1977 in Castellterçol, a village located in the Catalan mountains. In his childhood, he lived among his father woods, who was a professional carpenter. In 2003 Marçal joined the Scuola di Liuteria of Cremona to begin his carreer as a violin-maker. He has learned the job from prominent violin-makers, as Andrea Castellani and Boris Sverdlik, and bow-makers like Giovani Lucchi. After nine years living in Italy, in 2010 he decided to open his own workshop in Catalonia, where he is currently working on repairing and building violins, violas and cellos for different professional musicians, while also providing his services for the Xavier Vidal i Roca workshop.

About his viola, says: "it is a 41,6 cm viola that follows the work of Gasparo da Saló. Its particular timbre and its noble sound make it a perfect instrument for both orchestra and chamber music. The balance between registers provides surety in the change of strings, maintaining the intensity in addition to offering a great amount of sound."

"This is a viola with character made following the model of Gasparo da Saló. It has a large body, and is a very well proportioned instrument, comfortable and easy to play. Its sound is deep, warm and powerful. The oily varnish is very shiny and gives a golden brown color. It is very well made, it is a very good work of this luthier who is passionate about violas. "